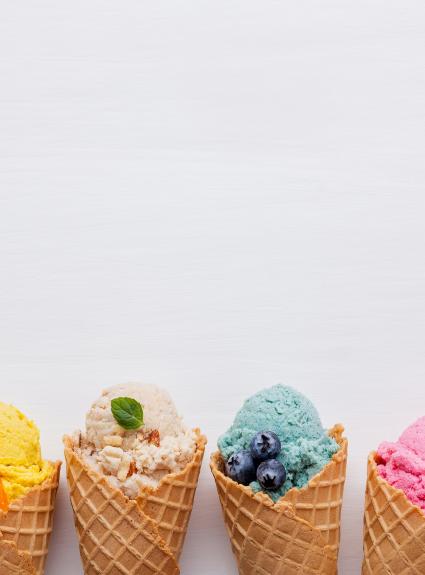 Come and discover the best ice-cream

From the great boulevards to the smallest alleys and streets, an air of languor descends on Paris each summer. It’s the ideal time to sample some of the best ice-cream in the city selected by the hotel of the Compagnie Hoteliere de Bagatelle.  Plus, music lovers can catch the famous Rock en Seine festival in August.

Gastronomy is an integral part of Parisian culture. Home to some of the best restaurants and inhabited by some of the finest culinary craftsmen on the planet, the city attracts millions of tourists each year. In summer, the Parisian glaciers use their knowledge and expertise to satisfy the gourmet carvings of passers-by. In central Paris, Nitrogénie in rue Saint-Martin offers a unique concept, the transformation of liquid nitrogen into delicious ice-cream. This exciting process allows you to rediscover the flavours of your childhood in an unusual way. All ice-cream is made exclusively from milk, eggs, fresh cream, sugar, and natural flavourings. In the lively Rue des Martyrs, Glaces Gazed has made the fight against tasteless ice-cream and sub-standard products its mission. Made in a small Parisian studio, their innovative and creations are inspired by surprise, aesthetics and a backdrop of great rock sounds. Finally, pop-up shop, Ice Roll is your chance to see your favourite dessert made right before your eyes

Closing the summer festival season, Rock en Seine has become a highlight of the French music scene. The festival takes place at the Saint-Cloud park which boasts gardens that were designed by André Le Nôtre, one of the architects responsible for the Palace of Versailles. Each year the festival features the biggest names in rock and alternative music and, with 5 stages and 65 shows, it’s the biggest event of its kind on French soil. The 2017 line-up will delight fans of the genre and headline acts include The XX, PJ Harvey, The Kills, Cypress Hill, Flume, and At The Drive In.