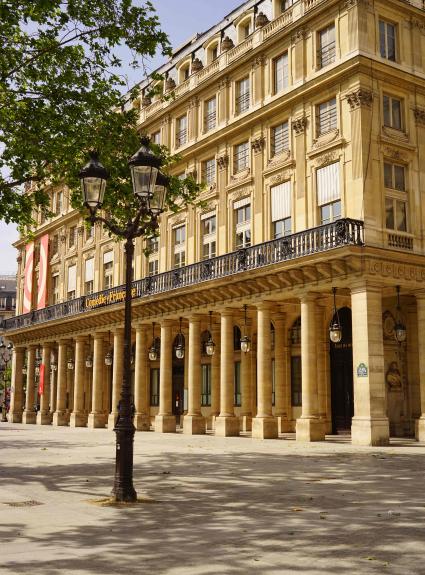 Paris opens its doors to you for Heritage Days

Choose your hotel according to what you want to see! The six hotels of the Compagnie Hôtelière de Bagatelle are situated in neighbourhoods with plenty of character. For the Journées du Patrimoine (Heritage Days) on the third weekend of September, they provide ideal starting points for your visits to many places of interest. Here are some ideas…

Stay at the Platine Hotel or the Vice Versa Hotel and the entire 15th arrondissement is yours. Its artists' studios, such as that of the mosaicist and master glassmaker Louis Barillet, and its architectural gems make it a district full of surprises for Heritage Days. A five-minute walk from the Platine Hotel, the Church of Saint-Christophe de Javel houses fine works by artists of the mid-20th century period in which it was built. Of course, you can also reach the neighbouring districts and discover fascinating places such as the Invalides, the Musée d'Orsay and the Musée du Quai Branly.

Stay at the Chess Hotel and treat yourself to a guided tour of the city’s famous covered passages. Each has its own distinct identity and architectural treasures. At the Roch Hotel & Spa, you will be close to the Louvre, which offers Heritage Days workshops and guided tours. Also nearby, the Comédie Française opens its backstage area, a part of the legendary venue rarely accessible to the public. In a completely different spirit, immerse yourself in the magic of cinema at the Grand Rex, a five-minute walk from the Hôtel Les Théâtres. Finally, the Hotel Les Plumes is within easy reach of various theatres that invite you to go behind the scenes during Heritage Days.

The boutique hotels of the Compagnie Hôtelière de Bagatelle each have a strong personality, reflecting their district. Our teams are at your service and will be happy to guide you!